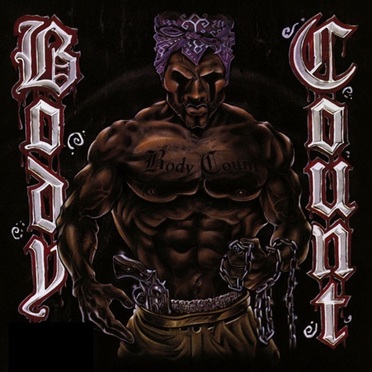 Divorced from the controversy that surrounded its release, Body Count's self-titled debut is a surprisingly tepid affair. Apart from the previously released "Body Count" (which appeared on Ice-T's 1991 album O.G. Original Gangster), the record is devoid of serious commentary, trading intelligence for a lurid comic book depiction of sex, violence, and "Voodoo." All of Ice-T's half-sung/half-shouted lyrics fall far short of the standard he established on his hip-hop albums. The controversial "Cop Killer" -- which is nothing more than a standard thrash metal chant -- stands out because it is one of the few tracks that doesn't rely on garish, cartoonish imagery. There's the saga of "Evil Dick," which tells Ice-T not to "sleep alone." There's "KKK Bitch," where he crashes a Ku Klux Klan meeting and screws the grand dragon's daughter. There's "Voodoo," where a witch doctor cripples our hero with a voodoo doll. There's "Mama's Gotta Die Tonight," where Ice-T offs his mother cause she's a racist. By the time the band works around to the power ballad "The Winner Loses" and Ice-T is crooning "My friend's addicted to cocaine," it's unclear whether the record is a parody or a horribly flawed stab at arena metal. It would help if the band wrote riffs that were memorable or if they conveyed a sense of kinetic energy instead of tossing out their riffs in a workmen-like fashion. Perhaps Body Count was intentionally humorous -- although the group's follow-up, Born Dead, suggests that it wasn't -- but in any case, the record was simply embarrassing. After "Cop Killer" was pulled from the album, it was replaced with a bland version of Ice-T's rap classic "The Iceberg" recorded with Jello Biafra.