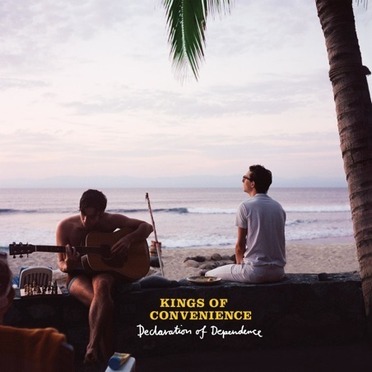 Declaration of Dependence
Kings of Convenience

Declaration of Dependence is the third album from Norwegian duo Kings of Convenience and it is also their first album in five years. It was released on October 5, 2009. "Mrs Cold" and "Boat Behind" have been released as radio singles in some countries.

The album was pre-released on September 21 for Spotify premium subscribers. It was released in selected countries (such as Poland) on September 28, 2009.