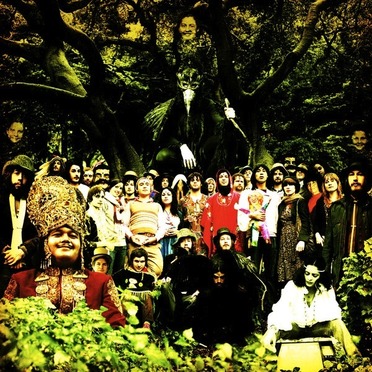 A grand, full-band excursion that occasionally strays many miles from the sparse freak-folk with which San Franciscan minstrel Devendra Banhart made his name. "Cripple Crow" dips its toes in Brazilian Tropicalia, 50s-tinged Spector-esque guitar pop, and hippy freak-out, and to its makers huge credit, comes out smelling of roses.
It could have all gone so wrong, but three Spanish-language tracks--including a cover of "Luna De Margarita" by one of Banharts heroes, Simon Diaz--feel natural and unforced, and the full-band feel adds a pleasing weight to the likes of "Long-Haired Child", all retro R&B strut and pedal-distorted guitar soloing. Banharts fascination with animal imagery carries over here to tracks like "Lazy Butterfly" and "Queen Bee", but its rather been superceded by a fascination for youth and childhood: "I Feel Just Like A Child" is a hymn to eternal youth, Banhart proclaiming that "From suckin on my mothers breast, to when they lay my bones to rest, Im a child", while the bizarre "Little Boys" finds him identifying "so many little boys I wanna marry" over a classic Stax-style 50s rock backdrop. An unusual, sometimes uncomfortable record, then  but a mischievous, adventurous, and essential one, too. --"Louis Pattison"