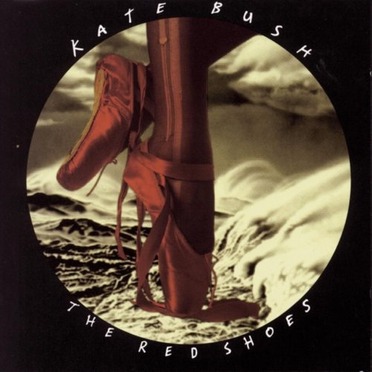 I must admit I was disappointed when I first heard this album back in '93. I thought it was too commercial, and none of the songs really gelled for me. The big singles Rubberband Girl and Eat the Music just seemed completely lifeless to me ... strange for Kate's music. The programmed drum beats were annoying, and some of the lyrics (esp Song of Solomon) made me cringe. I wanted The Red Shoes to be funkier, edgier, and more cohesive, all at once. I really tried to like it, but after a while I put it aside and decided it was simply one of Kate's weaker efforts, period.

Flash forward 10 years where I've recently started listening to The Red Shoes again, and I now have a new appreciation for this music. I've read a few posts here that have more or less said the same thing, so I wanted to chime in and say "me, too." Now these songs sound wonderfully rich, full, and wise ... even intense and scary in parts. There are subtle layers to the music that I never heard before (even though I was really listening for them!) Rubberband Girl and Eat the Music actually get me dancing around the room, and I'm almost moved to tears by Moments of Pleasure and especially You're the One. This album now sounds classic and touches me in a way it couldn't 10 years ago. It is the work of a mature artist struggling with life, and I would agree that maybe it takes a little life experience on the listener's part to really get into it. I know this is true for me.

The Red Shoes is hardly perfect, and it's one of the most divisive of her albums even among hardcore fans. But right now it is my favorite Kate album, the one I can most identify with. Listening to it again after all these years with a new attitude is almost like getting a new album from her. Anyway, this is the one Kate CD that I always see stacked in the used bin at record stores for cheap, and I wonder if others who have written it off would be willing to give it a second chance.