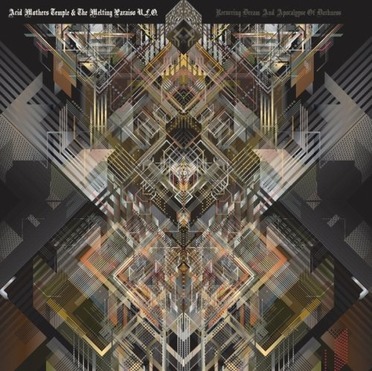 Recurring Dream And Apocalypse Of Darkness is the by far the heaviest Acid Mothers Temple record yet. The limited edition double LP version of Recurring Dream is packaged in a deluxe gatefold tip-on heavy duty jacket and it contains two bonus tracks rounding out the double LP set. Both the CD & LP feature remarkable art work by Seldon Hunt. Acid Mothers Temple & the Melting Paraiso U.F.O. (and subsequent offshoots) is a Japanese psychedelic band, the core of which formed in 1995. The band is led by guitarist Kawabata Makoto and early in their career featured many musicians, but by 2004 the line-up had coalesced with only a few core members and frequent guest vocalists.