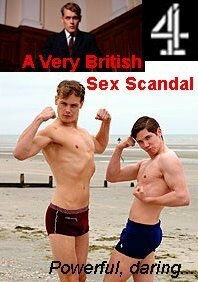 A Very British Sex Scandal tells the story of Peter Wildeblood, a royal correspondent for the Daily Mail newspaper. He is a closet homosexual and like many gay men at that time, lives in secret as homosexuality is against the law. One evening he meets Eddie McNally, who is on leave from the air force and the pair embark on an affair together. However, it is their weekend at the estate of Lord Edward Montagu which eventually leads to a scandal which rocked modern Britain and led to a reconsideration of, and the eventual decriminilisation of homosexuality.