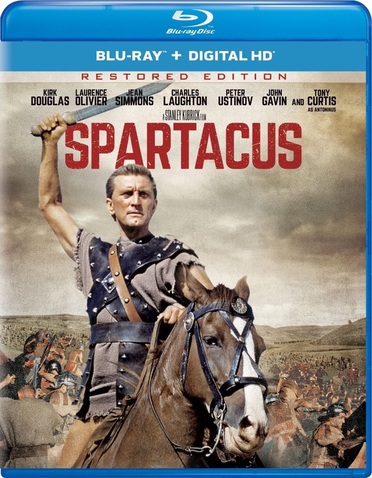 Spartacus
More titanic than any story ever told!

The rebellious Thracian Spartacus, born and raised a slave, is sold to Gladiator trainer Batiatus. After weeks of being trained to kill for the arena, Spartacus turns on his owners and leads the other slaves in rebellion. As the rebels move from town to town, their numbers swell as escaped slaves join their ranks. Under the leadership of Spartacus, they make their way to southern Italy, where they will cross the sea and return to their homes.

Meanwhile, in Rome, the slave revolt has become a deciding factor in the power struggle between two senators: the republican Gracchus and the militarist Crassus, each of whom sees the fortunes of the rebellion as the key to his own rise to power or humiliating defeat. As the two statesmen attempt to aid, hinder and manipulate the rebels for their own benefit, Spartacus and his followers press on toward freedom.